Home My makesDresses My Christmas party dress! Francoise dress by Tilly and the Buttons This site uses Akismet to reduce spam. Learn how your comment data is processed.

My grandmother’s name was Martina and she sewed her own clothes…my name is Martina and I took 32 years before starting to use a sewing machine! But I have no longer stopped since I started and I sew almost every garment I wear nowadays. Welcome to my sewing blog!

No images found!
Try some other hashtag or username 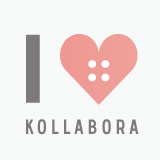 The robot that had a heart

Tilly and the Buttons

My grandmother’s name was Martina and she sewed her own clothes…my name is Martina and I took 32 years before starting to use a sewing machine! But I have no longer stopped since I started and I sew almost every garment I wear nowadays. Welcome to my sewing blog!